Here is a short list of clients as well as some examples of our product in real-world situations.

Burglary at San Juan Capistrano Unified School District Offices
After four break-ins in four months where computers with sensitive information were stolen, Armorcentric was entrusted to secure their facility.

Residential Break-In Stopped!
One of our relieved clients shared the following with us:
“Thursday night (March 7, 2019), at 10:30 PM, burglars tried smashing our back sliding-glass door. From the marks and patterns on the glass, the police said they used a baseball bat, kicked it with their boot and then slammed the glass door with a blunted pry bar, 3 times! The 3-ply security laminate on the inside surface remained flat and smooth–except for small bumps where the pry bar hit.” 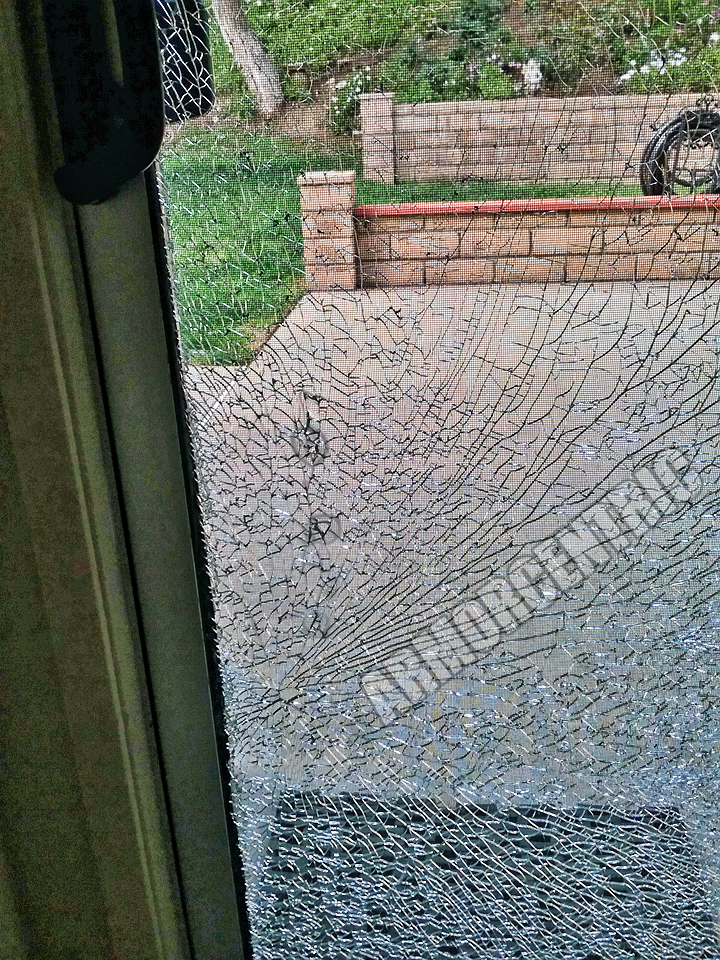 Broadway Federal Bank Bullet Protection
“My name is Ashley Franklin; I am the branch manager of the Leimert Park office of Broadway Federal Bank, in Los Angeles, CA. A bullet proof film was installed on our front windows, (the windows that are facings Crenshaw Blvd) by Armorcentric. On the morning of August 11, 2008 someone randomly shot at businesses in our area. Our window was hit with a stray bullet. Our alarm company notified us of a glass break. When I came into work the next business day we found that the window was shattered but still in place and the bullet was in the center of the window. A police report was made and the police even acknowledged that the film worked well. You never really want to have to find out if something like bullet proof film actually works…I am glad that we can be reasonably sure that this product will do its best to live up to its claim. I feel a little safer knowing that our windows have been tested and the film proved to be effective in this situation.”

Jewelry store break-in stopped!
Multiple burglars with mallets tried to smash through the door but we were there to help prevent entry. 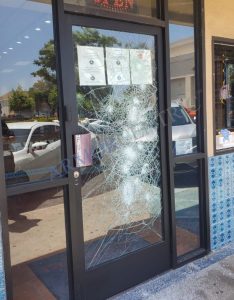 School Protection
“Hi gang – wanted to share a few photos of the first attack on one of our windows with your 14mil film. Sustained assault with a paving stone for twenty minutes. This was film we applied ourselves to uninstalled, 3/8” tempered, laminated glass, that we then installed in existing frames. Bottom window took the attack in stride; just some blemishes.” 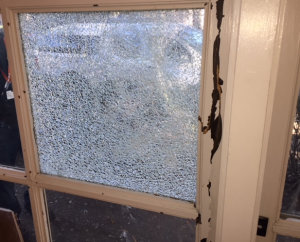 Aggravated attempt at an Optometry shop!
The burglar tried to smash the door and then attempted to get through the large window but the Armorcentric™ product prevented entry. 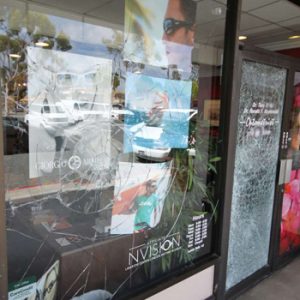 Another attempt at an Optometry shop stopped!
The burglar tried to smash the door and then attempted to get through a second smaller window but the Armorcentric™ product once again prevented entry. 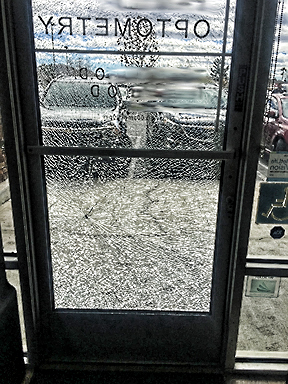 Electronics Store Break-In Stopped!
“The burglar made a couple of attempts to break in but failed! Your security film was worth every cent!!!” 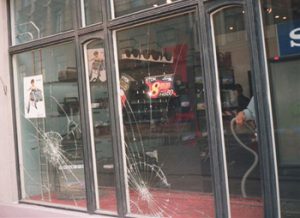 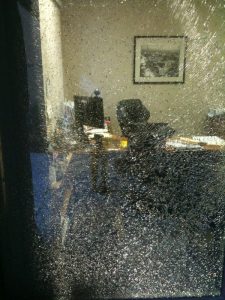 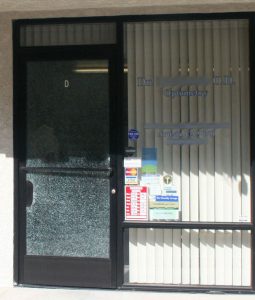 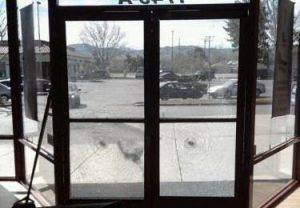 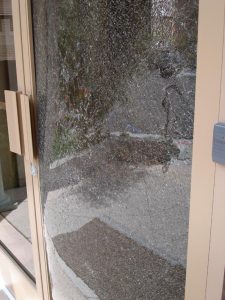 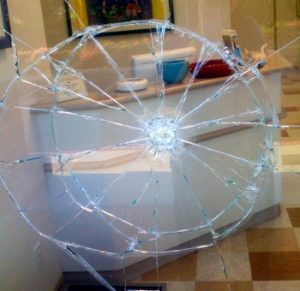 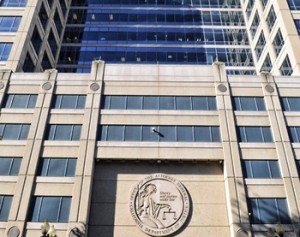